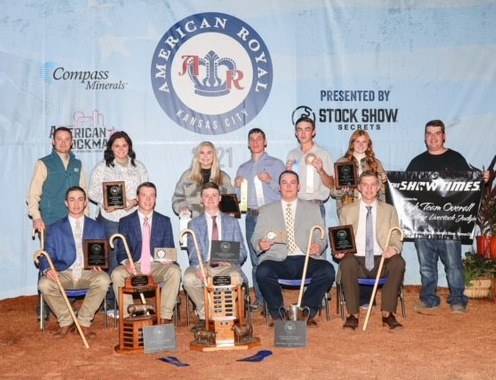 Competing against 27 teams from across the country in the junior college division, the Redlands team was named High Team Overall and placed first in Swine, second in Sheep and Goats, second in Reasons, and fourth in Cattle. Three team members earned individual honors.

“Livestock Judging is a very difficult and competitive field, and the American Royal Livestock contest is a very prestigious competition,” said Redlands Coach Spencer Scotten. “I am so proud of our students who have worked so hard in this program and are carrying on the Redlands Agriculture legacy.”