Newell Joins Redlands Board of Regents 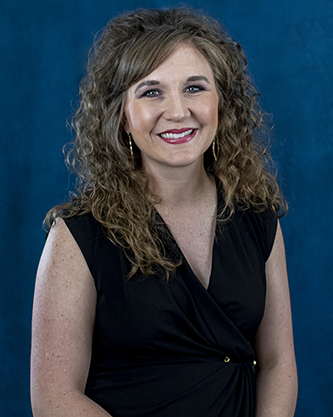 Newell earned an associate degree from Redlands in 2012 and was a member of the college’s National Champion Livestock Judging Team.

“I am so honored to be asked to serve the college that was such an important step in my life,” Newell said. “Redlands gave me a strong foundation and an amazing educational experience, and I look forward to working with the other

Regents and administrators to ensure our students continue receiving the instruction and resources they need to be successful in their chosen careers.”

Newell is executive vice president of the Oklahoma Youth Expo and serves on the operations team that started the Cattlemen’s Congress cattle show and the California Youth Ag Expo livestock show.

A fifth-generation agriculturist on her family’s farm in Orlando, Okla., she has been involved in several areas of agriculture, including serving as president of Oklahoma State University’s Animal Science Alumni Association, treasurer of the Diamond Hats as well as the Sirloin Club, and a member of Agri-8 Mastermind Retreat.

She has participated in the Oklahoma Cattlemen’s Association’s Cattlemen’s Leadership Academy and the American Angus Association’s Beef Leaders Institute. She was recently named one of KWTV-News 9’s Amazing Oklahomans and chosen as an Oklahoma NextGen under 30.

After earning an associate degree from Redlands, Newell transferred to OSU to earn a bachelor’s degree in animal science and master’s degrees in both meat science and international agriculture.

While at OSU, she competed on the 2013 Livestock Judging Team and the 2014 National Champion Meat Animal Evaluation Team.

Redlands President Bryant welcomed Newell to the board. “I am looking forward to working with Regent Newell. Her experience as a student at Redlands and the knowledge she has gained in her career will be a valuable resource during board discussions as we continue to strengthen and expand our programs.”